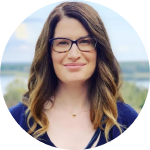 Caroline studied Religion in American politics at Gettysburg College, but her interest in television was sparked when she worked for NBC’s 2008 election coverage. Caroline went on to work at a major sports television network, overseeing the company’s merchandise and On-Air Talent wardrobe packages. Caroline has worked with many high profile clients, including on NBC’s coverage of the Beijing, London, and Pyeongchang Olympic Games. Caroline’s sharp attention to detail and impressive organizational skills have given her a strong track record of performing at a high level in demanding, fast-paced environments.

Fill out the form and a representative will reach out to you within 24 hours.