Posted at 17:56h in Press by Acton Style Group
0 Likes

Clothes Fit for a King

Peter King dresses up for TV on NFL Sundays but goes the total opposite direction off air. Here’s a look at the casual style that makes his wife cringe but suits him just fine. 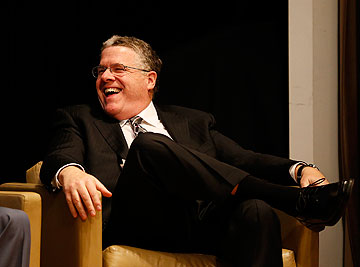 NEW YORK — A blue Hickey Freeman suit hangs in the closet of Peter King’s apartment in the Midtown East neighborhood of New York City. There’s also a gray one from Hart Schaffner Marx. And another with pinstripes from Joseph Abboud. 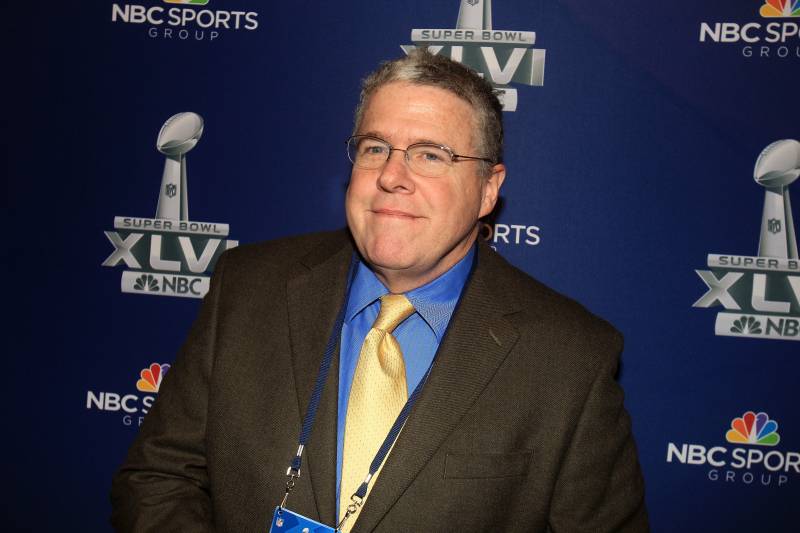 Peter King has covered the NFL for Sports Illustrated since 1989 and for NBC since 2006. (AP)

“Joseph Abboud actually measured me for that one,” says King, the noted Sports Illustrated writer and NBC Sports analyst. “I’ the luckiest person in the world when it comes to suits.”

At the beginning of every NFL season, NBC takes its “Football Night in America” on-air talent—King is an insider on the weekly studio show—to a tailor at a Manhattan suit shop, which changes each year. There they are measured for multiple suit jackets, slacks, shirts and ties. Stylist Amy Acton lays out those clothes each Sunday in the dressing room at the NBC studios in Rockefeller Center, where FNIA is filmed.

But don’t let all the designer labels fool you. There’s the custom-suited Peter King football fans see on their HDTVs every Sunday night, September through January. And then there’s the Peter King his family, friends and colleagues see the other 345 days of the year. 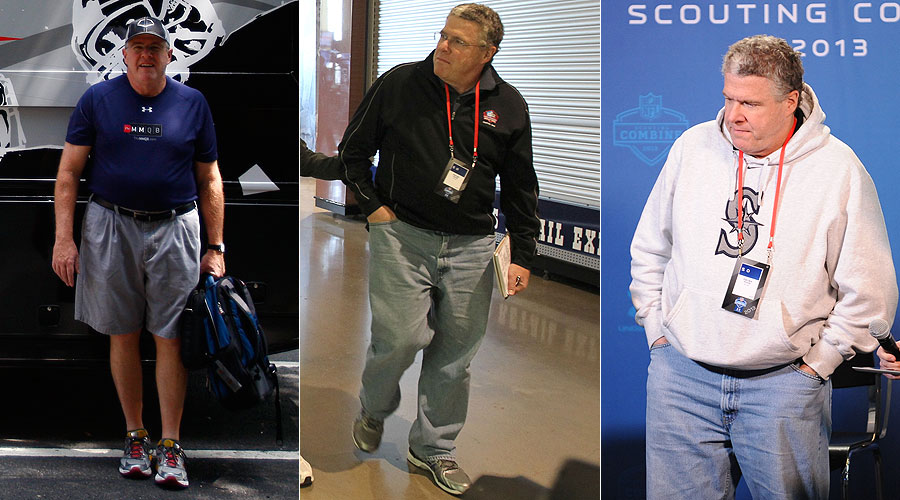 In most settings, King favors jeans or shorts, dry fabric shirts, pullover hoodies and sneakers. “I spend 85 percent of my life in these clothes,” he says. (Photos by Erick W. Rasco/SI, Ben Liebenberg/AP and Johnny Vy/AP)

“My wife Ann always says, ‘I wish you would start dressing like an adult,” the 56-year-old King admits with a laugh. “Whenever I wear shorts to the office, she’s aghast. She’s probably right.”Comfort is king for the man whose widely popular column on SI.com, Monday Morning Quarterback, spun off into its own website, The MMQB, last summer. (Writer’s note: I’m an editor there.) A three-time National Sportswriter of the Year, King describes his everyday uniform as a pair of Levis or shorts, a dry fabric T-shirt or polo and running shoes. He’s rarely without a hooded sweatshirt, too.

“I usually wear the first shirt that’s at the top of the pile, and the first pair of shorts,” King says. “And that’s the extent I think about clothing.”

King mostly works out of his home, a two-bedroom apartment he shares with Ann in a doorman building two blocks from the East River. A couple days a week, he’ll make the 12-minute walk to Sports Illustrated’s headquarters in midtown and work out of his modest office there. And when he hits the road, it’s all hotels and team facilities, where there’s typically no dress code for media members. That suits King just fine.

“I don’t place any value on clothes,” King says. “If I’m going over to the NFL offices on Park Avenue, or if I go visit an owner or team where I know the dress code is going to be churchy, I’ll dress well. But otherwise, it makes no sense to care about what I’m wearing because I just don’t think it’s very important.” 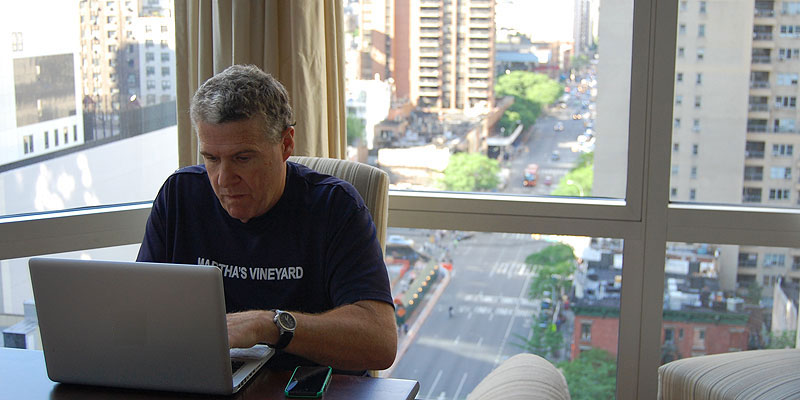 On a recent Saturday, King spent the morning writing an upcoming Monday Morning Quarterback column at the dining room table in his 16th floor apartment. (Photo by Dominic Bonvissuto)

One of the things that is important to King is baseball, the sport he loves that doesn’t help pay his bills. He’s a season-ticket holder for the Red Sox—he grew up in Connecticut and lived in Boston for three years before moving to NYC—and frequently hops on the subway by himself, scorebook and pencil in tow, to attend Mets or Yankees games on a whim. When he’s on the road, he always checks the schedule to see if he can squeeze in a night at the ballpark, major league or minor.

That love is reflected on his person, where a baseball team logo can usually be found on his shirt, sweatshirt or hat. A recent pass through King’s dresser and closet revealed the logos of the Toronto Blue Jays—“That’s my favorite,” he says—plus the San Diego Padres, Seattle Mariners, Houston Astros, Mets, Red Sox and many others.

“I got a cool Minnesota All-Star Game sweatshirt for Christmas, and I wore that thing out,” King says. “Then I got an Oregon State sweatshirt, and now I’ve been wearing that out. I don’t know. I think sometimes something becomes so comfortable, and it feels so good, and you say, ‘Why would I want to wear anything else?’ I keep wearing it until I drive Ann to distraction and she orders me to wear something else.” 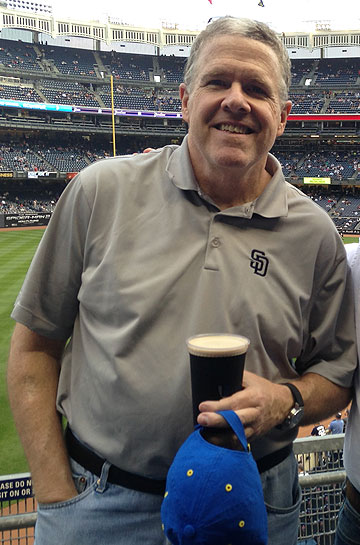 The one thing you’ll never find King wearing is anything with an NFL team logo on it.

“If I’m out wearing a Packers or Rams shirt, it connotes that I’m a supporter of theirs or that I favor them,” King says. “We just can’t do that. We’re impartial. Most people don’t understand that about our job.

“People ask me all the time who my favorite team is. I’ll say that when I was a kid growing up, it was the New York Giants. In journalism school, you learn that you never root. I’ll go around wearing baseball stuff, but if you cover something, you need to steer clear of any inference that you support a team at all.”

In the sports media industry, where tales of on-air talent’s narcissism are legendary, King remains unimpressed by matters of dress. NBC sends him the suits at the end of every season, and he’ll keep one occasionally but has no need for the rest. So he and Ann make an annual pilgrimage to Goodwill to make a donation. Then it’s back to shorts and DriFit shirts.